Some still bloom while most are bedded down for the winter. 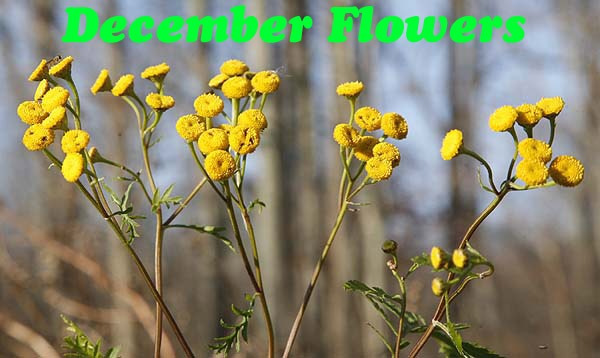 The weather is still unpredictable here in New Jersey. One day its 45°F the next its 60°F and raining. Yesterday I took a walk around the fields to see what was still flowering, not a lot its true but there are still a few hangers on.

The most obvious is the Tansy (Tanacetum vulgare). Its bright yellow flowers are still standing proud on many of the shrubs. Not as many as it could because most of it has been harvested, but there are still some bright yellow spots around the field which can be seen from a considerable distance away. To these cling the few remaining small pollinators that are still tough and courageous – or perhaps desperate – enough to be out flying.

The other big flowerer is the Siberian Motherwort (Leonurus sibiricus). Its tall stems are still festooned with flowers that are attracting pollinators. While its not easy to see the flowers until close to the plant the flowers are there in large numbers. This plant is scattered around the fields and in some places its still producing seedlings that are making buds and trying to flower. It’s a tough plant and does not die down until a strong killing frost. Although a few that were located right in the middle of the open field have wilted quite a bit in the biting winds we have endured over the last week. The ones out of the main wind blasts are doing fine. Finally the knockout rose bushes are still blooming. Its hard to find a tougher rose than the knockout and even though its not a true herb its such a beautiful flowering plant and its so tough its hard not to find a corner for at least one bush. We have several in our formal lavender garden and they flower from mid spring right up until killing frosts. Plant one where you can see it from your most used window, it will brighten your day.

Choosing some plants that will flower very late into the year and hold out against the milder frosts can be very important to a garden. It helps and insects that need late nectar and it give you some bright flowering spots in an otherwise gloomy and winter garden. Tansy and Siberian motherwort and tough little cookies and certainly worth a spot in any garden to hold off a little longer the coming of winter.